Flavio Calaon
OWN COMPOSITIONS
•
BANDS
•
COLLABS & OTHER PROJECTS
•
All projects
•
ABOUT 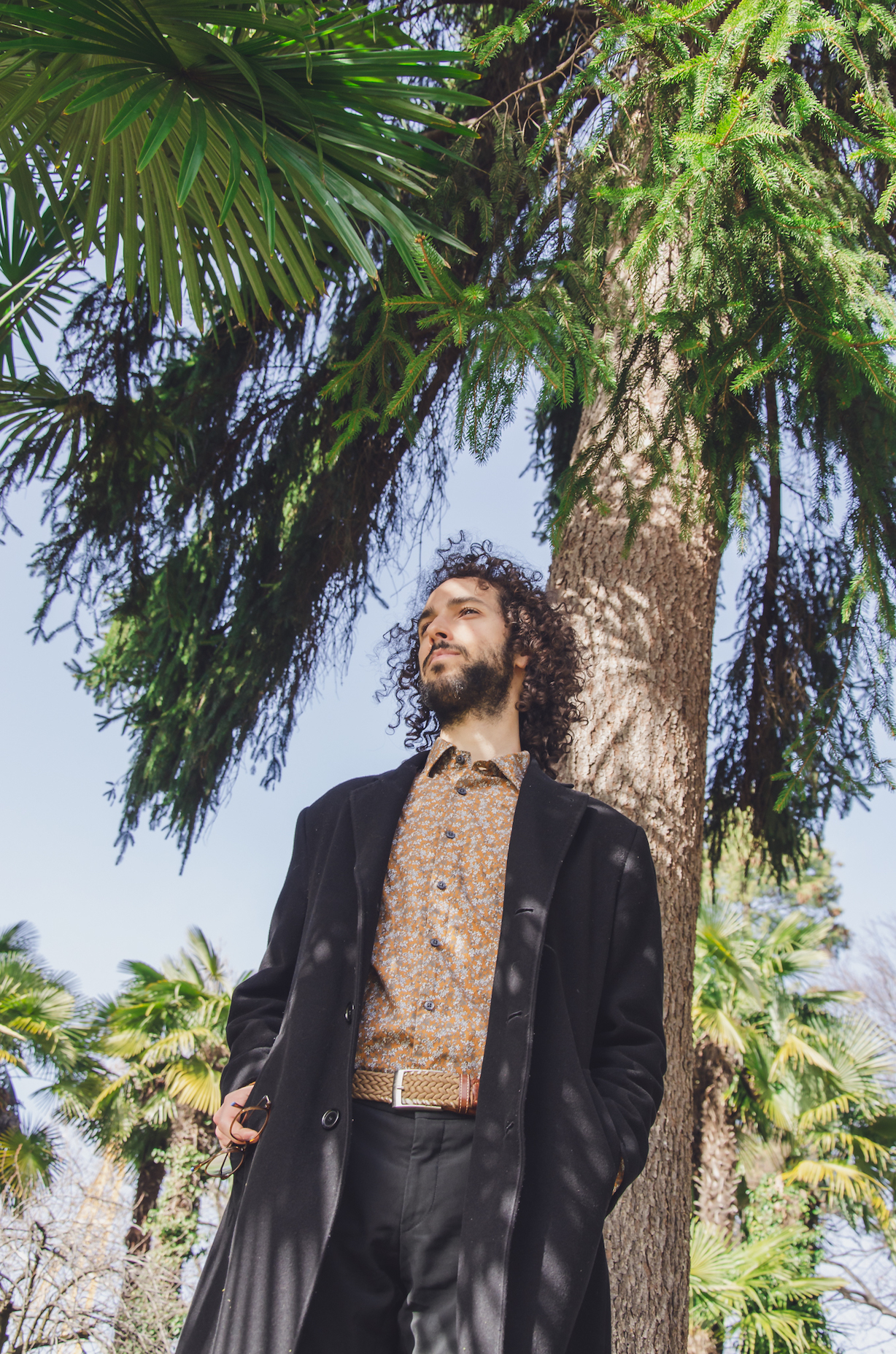 His diversified "progressive" approach to music allows Flavio to create unique pieces. On the one hand, his love for soundtracks gives his music an aura of majesty and solemnity, while the captivating tones of synth-pop and funk, assimilated in recent years, resonate his strong devotion to electronic music.

Flavio Calaon was born and grew up in Ticino, Switzerland, near the latent city of Lugano. Here the 28-year-old curly-haired artist has been devoted for years to music through various forms and collaborations.

It all began in the 90s, when, to the detriment of his family, he persistently watched with fascination the classic Disney "Fantasia" and immersed himself with great emotion in his mother's excellent vinyl collection, often listening to the demanding sounds of Vivaldi and Mozart to name a few. Then came the first Casio keyboard, which became the instrument that catapulted Flavio into the ravishing world of musical expression.

At the age of 14, continuing the self-taught path of keyboard composition, he joined the local band movement with the trombone and ended up composing two pieces entitled "La passeggiatina di Lucifero" and "Leponti". Although Flavio was often immersed in the classical and orchestral scene, his curiosity for other genres and approaches gradually began to take a more concrete form.
In fact, between 2013 and today, he launched several projects like his first band "Animal's Factory", initially a metal group with symphonic tones, which then transformed into progressive rock/metal with social themes.
Then the "Electronic Synthesizer Lab", an "open-doors" workshop created for lovers of synthesis and now open to other forms of art; and finally the Synth and drums Duo "Flanard" which, inspired by retro Sci-fi and superheroes, brought Dance music with an epic setting.

Today, while he continues to work towards the prestigious title of wind instruments’ conductor, his artistic expression keep spreading in different directions: as a solo artist and composer for his own pieces and as a member of the bands "Shindo" (avant-garde electronic) and "Sofsky" (indie-pop/post-rock).